Bullying Has Negative Consequences For All Involved

Bullying is an unwanted aggressive behavior characterized by repetition (i.e., it is repeated or has a high likelihood of being repeated), and a power imbalance that is observed or perceived (i.e., youth bullying others have more physical and/or social power than bullied youth). The behavior is intentional and can result in harm or distress.1 Bullying behavior can be physical (e.g., hitting), verbal (e.g., name calling either oral or written), relational (e.g., spreading rumors), or via property damage. Every year about 21 percent of U.S. middle- and high-school students are victims of bullying.2

Past research suggests a dose-response relationship between bullying victimization and behavioral health outcomes.3 In other words, increased exposure to bullying victimization – over time and experiencing multiple types of bullying – is associated with progressively worse behavioral health outcomes among bullied youth. This is potentially also true for bullying perpetration – the more a youth bullies others over time, the more likely they could be of engaging in a lifestyle of violence and aggression.4 , 5 Yet, limited research has examined the cumulative impact of being a bystander to bullying on youth’s health and well-being. 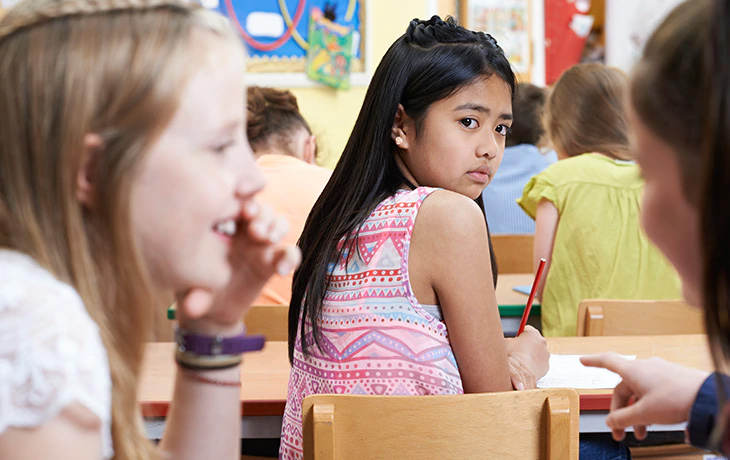 We recently conducted a study6 to learn more about the relationship between cumulative bullying experiences over 2-5 years, and different types of youth outcomes among over 6,000 rural middle- and high-school youth in North Carolina. Distinct from prior research, this study integrated different bullying roles (i.e., victimization, perpetration, bystander) with behavioral, mental health, and academic domains of adolescent functioning. We found that cumulative bullying involvement over time – either as the one who bullies, the one who is bullied, or a bystander – resulted in multiple negative outcomes for the youth. Specifically . . .

Being a perpetrator, victim, or negative bystander to bullying is particularly problematic for students’ wellbeing. To reduce negative consequences for all students involved, it is important to expand efforts to prevent and decrease bullying before the negative effects accumulate over time. Examples of prevention strategies and approaches based on the best available evidence can be found in CDC’s Youth Violence Prevention Technical Package.7 It is also important to teach youth to be "upstanders" – that is, to stand up as prosocial bystanders to aid those being bullied, while garnering benefits for their own health and well-being.