Every other year, the Centers for Disease Control and Prevention (CDC) administers the national Youth Risk Behavior Survey (YRBS) in high schools across the U.S. In the 2015 survey, two items were included to capture sexual orientation - self-reported sexual identity and the sex of sexual contacts. The results, found here - PDF, provide current national estimates of the percentage of high school students who are gay, lesbian, and bisexual or are not sure of their sexual identity and the percentage of high school students who have had sexual contact with only the same sex or with both sexes. In addition, the publication provides estimates of many health-related behaviors by sexual identity and sex of sexual contacts. 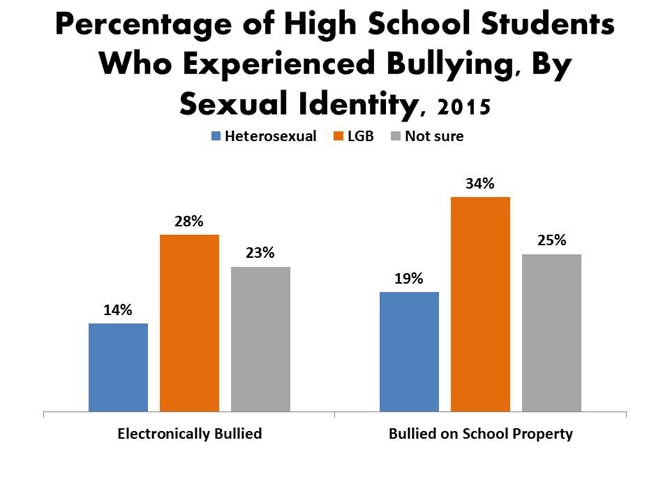 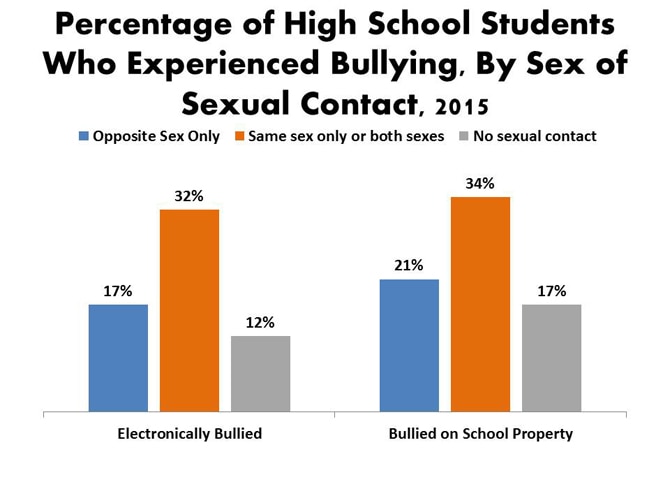 From these new national estimates, it is clear that bullying remains a widespread concern for sexual minority youth attending U.S. high schools. It is important for schools and communities to create a safe environment for all youth. So, what can we do about it?